Double trouble on a Thursday Night 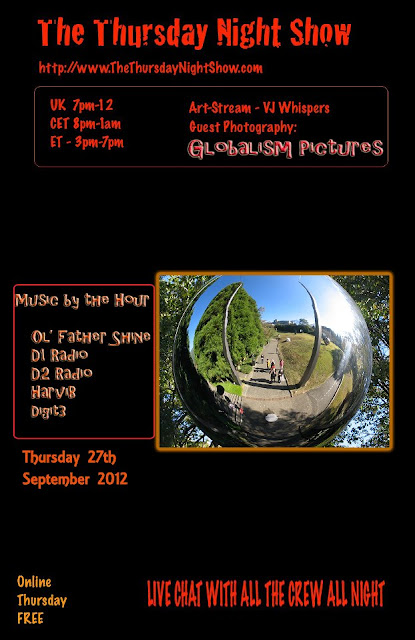 Last weekend, D2's birthday drinks led to finally meting up with a few of the fine folks that make up the rest of The Thursday Night Show, including resident VJ (and gifted photographer) Whispers and Digit3, the man that brings the night to a close each week. Some fine fellows indeed. It's always good to put faces to avatars and chatroom comments, and having had the first off-air Thursday Night social should help with making proceedings a little slicker. There's talk afoot for a live social on a Thursday night itself at some point. Nothing's quite set in stone yet, but watch this space.

I'm somewhat thrilled this week to also be a featured photographer as well as having the set on the show. Tune in tomorrow night and see a few treats from my Japan image vault up on the canvas - as usual I'll be live in the chatroom throughout most of the evening too.

One more exciting thing to announce for the D1 Radio set on tomorrow night's show - I'll also be chatting with my first guest interviewee! I'll keep his/her identity under wraps for the moment (gotta try and build a little suspense), but I can reveal that my guest is pretty multilingual and will be bringing a bit of sunny California to the show.

For those that missed it, here's last week's show...