A very convincing video from the Alliance for Climate Protection, illustrating the contribution each household is making towards climate change.

Posted by Globalism at 2:03 am No comments: 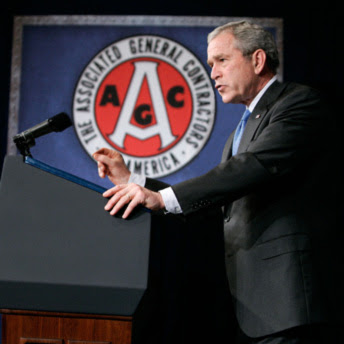 Ever wondered where all the money spent in Iraq went? All those US tax dollars that mysteriously disappeared? The recent edition of Rolling Stone has this story on where it all went.

'In the history of balls, the world has never seen anything like the private contractors George W. Bush summoned to serve in Operation Iraqi Freedom. Collectively, they are the final, polished result of 231 years of natural selection in the crucible of American capitalism: a bureaucrat class capable of stealing the same dollar twice -- once from the taxpayer and once from a veteran in a wheelchair.'

Posted by Globalism at 3:18 pm No comments:

Hard to tell which was better news - Rove's departure or Rumsfeld's? A clear sign nevertheless that the lame duck presidency is now in for the final act of its downward spiral.

The biggest concern however has to be whether Rove knows something very significant that is about to happen - Darth Cheney unable to prevent himself from attacking Iran, for example - that even he couldn't possibly be associated with.

Hopefully though, it's just the crumbling of the Bush Nightmare, at last. What on earth will we be left with when the final curtain has fallen?

Posted by Globalism at 5:26 pm No comments: 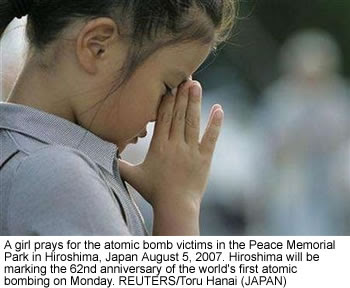 Taken from Common Dreams, an English translation can be found here.

Posted by Globalism at 3:06 pm No comments:

'Dark Side Of The Rainbow'

One of those legendary counter-cultural myths - that Pink Floyd's 'Dark Side Of The Moon' synchs perfectly and eerily well with 'The Wizard Of Oz' - is something that has intrigued me for some years. The synchronicity produced is known as 'Dark Side Of The Rainbow'.

YouTube - the recycle bin of history - turns up that very artefact, presented here in its full glory.

Some of the posters claim the synching to be a few seconds out, but I think you'll find enough bizarre coincidences in this anyway, with or without perfect synch.

Take a look and find out for yourself. Enjoy!

Posted by Globalism at 2:35 pm No comments: