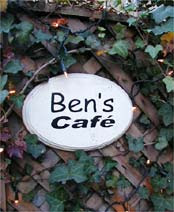 Last night, I went to an Open Stage event at Ben's Cafe in Takadanobaba (try and say that with your mouth full!), downtown Tokyo. An American author, Eric Shade, was reading from his short story collection 'Eyesores', and there was then an open platform for other fiction writers to take to the stage and read from their own works. The event, a regular one known as 'Fifth Sunday Fiction' was hosted by a Canadian expat novelist and editor named Hillel Wright.

It was my first time at such a thing, although I've been to musical open mic nights before. My stage debut, way back in the day, was at some Cardiff back alley joint where I was convinced after about eight pints to go up on the stage and attempt a version of 'Get Off My Cloud' with the house band. As I remember it, everybody who went up that night was applauded for going up, even the woman who was described as 'the Welsh Janis Joplin' and proceeded to murder 'Blowin' In The Wind' and 'House Of The Rising Sun' in ways I never thought possible! Still, whatever the quality of my undoubtedly shoddy performance at the time, it was a rush that I've been chasing ever since.

The rush one gets from a literary reading on stage is much milder than that of a rock 'n' roll show, but it also expends a lot less energy too so that's to be expected.

At the place I work, I've been hosting a weekly Book Club with my students and have got quite used to public reading. To the surprise of many, we've tackled a handful of really challenging titles, such as 'The Odyssey' and 'One Flew Over The Cuckoo's Nest' - not bad going for a class that started out as 'Harry Potter Club'! I digress...

Anyway, I took along a story I wrote a couple of years ago about an integral part of the Tokyo social landscape entitled 'My Little White Box'. Got up, did my thing, got the applause like all the other readers, then sat back down again with my gang and a beer.

To my joy, the host approached me during the intermission and paid me perhaps the highest compliment I've ever received about my writing. First up, he told me that people wearing iPods had always really bugged him, but that my story had made him look at them in a totally different light. He then said that my writing reminded him of Douglas Coupland and Haruki Murakami! I've read Coupland's 'Generation X' and dug it, but Murakami, particularly since I moved to Japan, has become one of my favourite writers.

I was then told that he was compiling an anthology of expat writers and asked if I would be interested in having a story appear in it. Naturally, I was delighted at the offer and agreed straight away - my first appearance in a book!

Excuse the blowing of my own trumpet here, but sometimes a compliment comes along that you just have to share with somebody.

The story can be read here, at my yet-to-be-completed-or-launched collected writings blog.

Posted by Globalism at 3:05 pm No comments: 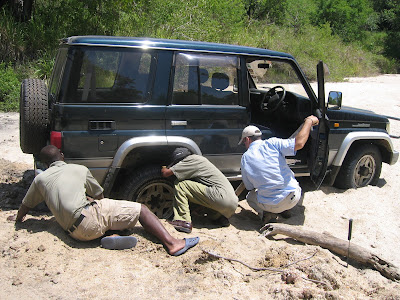 Posted by Globalism at 3:15 am No comments: