'Japan From The Inside': my first book

Promo video for 'Japan From The Inside'
Spending close to five years living and working in Japan (as regular readers of this blog will know), I travelled extensively around the country and amassed a large collection of photographs from my forays. As I was documenting the place in this way, I also ran off several articles and other pieces of writing inspired by my experiences. Expatriation can be a wonderful source of inspiration for the creative mind, and it often offers up opportunities or insights that locals miss out on or let slip. So it was with me and Japan.

Amongst the many projects I got involved with there and after countless years of deliberation over the idea, I also finally got around to starting my first novel - even managing to get as far as writing something like 70,000 words of it. However, as the idea of being a novelist took greater hold in my imagination, I realised that the book I was writing was actually more of a third or fourth novel rather than the first out of the stable. A bit too complex to be my initial offering, and I'm keen that my introductory tome should be a little more palatable to new readers. Nevertheless, I still had a burning desire to get my first book out before I hit 40, now just a couple of years off.

Returning to the UK in 2008 and as a part of processing what I'd been through, I hit upon the idea of putting my archives to use to introduce Japan to those who'd never been there and hopefully provide a little deeper insight for more seasoned Japanophiles. Using print-on-demand service blurb.com, I assembled my first full book release and issued it last year.

Life being what it sometimes is, there was no real opportunity to let anyone know about it at the time. There were also a few kinks to iron out in it, the result of some rather hurried proofreading. Now I'm back in Brighton and things have settled down enough to the point that I'm able to at least finish off some of the projects that had been shelved, I've created and issued a second edition of the book.

Views of 'Japan From The Inside'
Out now, 'Japan From The Inside' is a window into a land of superlatives. Including 238 pages, over 500 photos and my collected writings on Japan from 2003 to 2008, it unmasks the world’s biggest city, explores the heights of the frozen North and the pleasures of the subtropical South. Readers can also investigate the ancient capital of Kyoto, witness Hiroshima’s recovery from the atomic bomb, and wander amongst the great beauty of the Japan Alps.

Showing sides to the country that visitors rarely get to see and which the Japanese are often too busy to take time over, the book covers the old, the new, and unique. It looks at some of the customs, food and heritage in Japanese culture, examines a Japanese approach to gardens and nature, and captures some of the 127 million people that call it their home.

It is currently entered in the Best Blurb Books Contest, which runs until Nov 9th, 2009. Books that receive the most votes in three separate categories (Family, Travel, Pets) go through to a second round of judging by an expert panel, with each category winner receiving a Grand Prize.

To vote for the book, visitors create a profile at blurb.com (with username and password) and click on the 'Vote For This Book' button on my book's page. Every vote is very highly appreciated! I'm also keen to get some comments on it too, as the more comments the book gets, the easier it is for other people to find it.

I'm usually a bit shy about marketing my own products (it sounds a bit like blowing your own trumpet, which can be a little crass if not done tastefully), but am biting the bullet and giving this one the big push. So if you really like the book or are stuck for what to buy someone for Christmas this year, feel free to buy a copy! The softcover is priced at £30.95 while the hardcover is going for £39.95.

Thanks in advance for any extra votes that come via this blog!

Posted by Globalism at 11:37 pm No comments:

Email ThisBlogThis!Share to TwitterShare to FacebookShare to Pinterest
Labels: Asia, Blurb.com, book, Japan, Japan From The Inside, photography, vote, writing 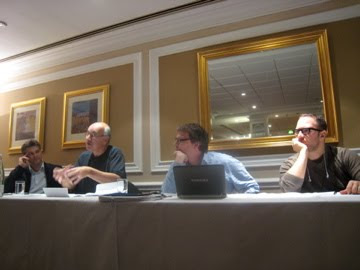 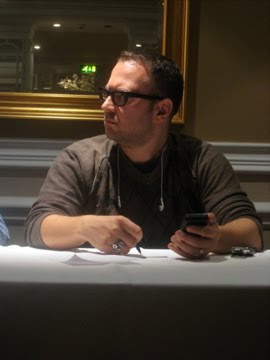 Posted by Globalism at 12:30 am No comments:

A future of Chinese innovation (WN0024)

As sometimes happens with Twitter, sometimes you stumble across something that's undeniably very cool and have to tell other people about it. Retweeting is the customary way, but having come across this gem, I had to tell my blog readers about it too.

Described by Mashable as 'just mind-boggling', this ingenious piece of software comes out of China - an interesting sign of the place becoming a future source of great innovation. Although it doesn't seem to be publicly available yet, the video above demonstrates quite clearly what it can do.

Step 1. Draw the outlines of the figures you want in your picture – anything from seagulls to a Mercedes, whatever tickles your fancy,

Step 2. Add labels for each of the items, as well as for the background.

Step 3. PhotoSketch will then find real-life images to match your doodles and put them together in a Photoshopped image that will make your jaw drop.

The Telegraph describes it more simply as a piece of software 'which transforms basic stick-figure drawings in to a photograph', not quite doing it justice but an effective summary all the same.

The site for PhotoSketch is here, but such was the initial interest in it on the web that it crashed their servers. Goes to show perhaps, if you have a really good idea and can present it well enough, there's no better platform than the Web for getting the word out and building huge demand.

It looks to me like it has the potential to be a powerful disruptive technology that could go massive. Rather than me speculate about how it could end up being used by people and the social implications, I'm inviting comments below to see what readers think.