Blair to step down on June 27 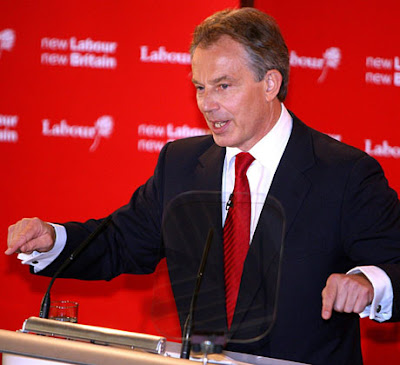 Well that certainly brings the end of an era. Find a clip of the resignation speech here.

Trust me to be out of the country when it happens too!
Posted by Globalism at 4:38 pm No comments:

Any of you in town on Thursday June 7th? Up for a great night of getting down with Aotearoa's funkiest? Then you might want to check out Rhombus at Super-Deluxe in Roppongi...

I was originally supposed to be organising some of the support acts for this show, but simply ran out of space in my head and schedule to fit something else in. I'll be doing something at smaller shows with them on the days before, but had to blow this one out. Least I could do was post their video ad here instead!

If you're not in Japan and are a lover of deep grooves, soused in dub and with lashings of hip-hop on top, at least take a look at their website and dig the tunes you find there.

Hope to remix one of their tracks someday too, when a rare window of opportunity presents itself...

Posted by Globalism at 5:46 pm No comments: