Photographs of the Landscape of Oil

For the first time this year, I've missed my target of getting a new video up on the Globalism Films channel every two weeks. Only a few days out at the moment and I hope to pick the momentum back up next weekend, but in the meantime here's the latest one - a fascinating exploration of the impact of oil on the landscape of the planet, as seen through large-scale photography. Edward Burtynsky is the photographer, appearing at a TED Talk last year.

Half of the video (second half) is an ad for IBM. Feel free to skip that part, it's only there due to the licence terms for using the content.

If I wasn't so up to my eyes in deadlines at the moment, there'd also be much more here on the UK election. However, other demands take precedence at the moment. I've possible got a mock exam tomorrow night and they're never fun things to do!

Posted by Globalism at 12:09 am No comments:

The tragedy of indoors on a beautiful day 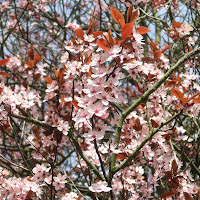 It's yet another gorgeous Spring weekend in Brighton, with wispy white clouds gracing the blue skies and sunshine that tantalises your skin. After a long, cold winter, the season's change is finally clear and it feels like it's going to be a hot summer already. Not that that's much of a guarantee of one in this country though, I'm afraid!
I'm stuck indoors for much of the weekend trying to finish of as much work as I can on the final essay and lesson plan for my DELTA course, the postgrad diploma that's going to put Cambridge University on my CV. What a strange thought for someone who, 15-odd years ago, was determined that dropping out of university was the cool thing to do. It seems almost criminal to have to be inside on a day such as this, but sometimes one has to do what one has to do.

The course has been tough going in many ways, particularly the balance of simultaneously working and studying but also in having to drop so many of my other projects. However, it's been a very worthwhile experience so far. I've felt my teaching improve significantly as a result of it, plus it's brought a certain camaraderie with my fellow teachers who are taking the journey with me.

Funnily enough, I've actually made a bit of a switch amidst it all and am now spending half of my working day teaching IT as well, instead of just English. It feels like I'm gradually moving closer to the direction I want to be going in professionally, even if that end point or ultimate goal is not that clear yet.

I had a dream last night about my final observed lesson - the pending one which is going to be watched by an assessor from Cambridge. In the dream, I hadn't prepared the lesson at all and was trying to 'blag' my way through the class. This is something that many teachers have to do when they are either unprepared for the class or the needs of their learners change according to the language that emerges. It's even been formalised as a technique (visit the Dogme ELT discussion group), borrowing its name from the Danish Dogme 95 film collective's approach to bare bones filmmaking. However, it's not something to try when there's a Cambridge assessor in the room trying to see if you've taken on board what you've been studying for. An indication perhaps that I need to get on with it and finish off my preparations this weekend!

Inspired partly by some recent comments from a reader, I've decided to try and post on this blog a little more regularly than I do. It had got to a point where I pretty much only do if I feel I've got something valuable to say, something interesting to share or something I want to promote. This has meant that for the actual writing (rather than just popping up another video), it takes ages to actually get anything said. I spend hours perched in ponderment in front of a little edit window trying to conjure up pearls that are worthy of distribution, but blogs aren't always about that and posts don't always have to be crammed full of pictures or other such design features.

My wife, who blogs in Japanese, posts almost daily. This means that she's built up quite a community around the online musings that make up her digital output. I on the other hand spend far too much time fretting over every word that goes into one of these posts that I end up either writing nothing at all or becoming too distracted by whatever other goodies the Web lures me with. Sometimes, just a few paragraphs of text are enough to get a flavour of where things are at!

Commenting elsewhere is also considered to be a good way of drawing the like-minded towards your own works and I've broken out a little more on that tonight too. To my jaded surprise, in an interview with The Guardian and in response to the rise of the Liberal Democrats on Britain's political stage, David Miliband had the temerity to suggest that Labour had been 'punished enough' over Iraq. I almost never comment on The Guardian's site despite reading it daily, but this time I felt compelled to add my own contribution to the conversation (as Globalism). As if ignoring the views of millions of people against the invasion, the millions more turned into refugees as a result of it, and the hundreds of thousands killed in the name of securing some oil fields is going to be easily forgotten!

'Noughties, But Nice': a review of the previous decade 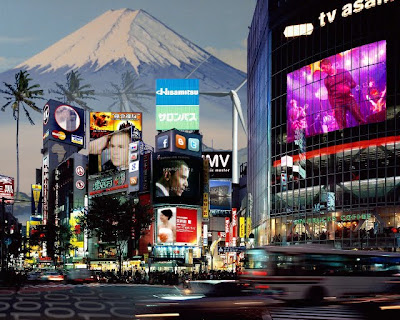 It was a few months coming and should have gone up in early January, but I've finally completed and posted my review of the previous decade. Titled 'Noughties, But Nice' (click on link to visit review), it was originally intended for this blog but ended up being so long that it seemed to fit better on the Collected Writings site.

The review looks at the previous ten years (2000 to 2009) from a personal point of view and describes some of what I got up to in that time, backdropped with notable global events. I'm hoping that it serves as a full stop on that period and I can move on creatively to new works in the future.

I also created a couple of graphics to go with it, 'Noughties, But Nice' above and 'Social-ist' below. It was great to get my hands dirty on some graphics work again, even though I didn't really have time and they took quite a while to put together. There are full descriptions of the images over at the D1 Designs set on Flickr.

Do drop by to take a look, and let me know how the decade was for you. Any surprises? Big changes? Where were you on 9/11 or when Obama got elected? Do you feel more or less 'green' than when the decade began? What was your favourite music of the period? Is this next decade going to be a good one or a bad one - and why? 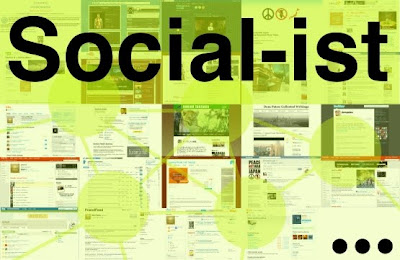