Here comes another video clip from the Shelf Life archive, this time a 2006 cover of The Beatles 'Oh! Darling', from 'Abbey Road'. The quality is similar to the other archive clips I've been posting, but should be enough to hear how we did.

We only played the song live once, and it came as we were starting to phase out cover versions for our own material. It was a gutsy song to sing, and Cheryo did a great job on guitar, as ever.

I do rather miss those Rubber Soul days sometimes, but hey, things move on!

Posted by Globalism at 11:08 pm No comments: 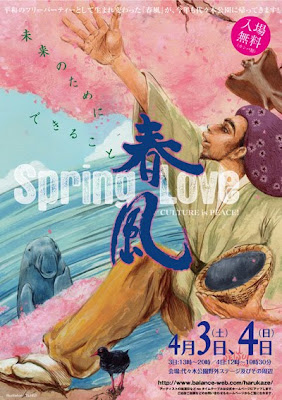 Last year saw around 40,000 people gathered together for music, dance, talks and discussions about peace, plus healthy food stalls and a market of eco- and organic goods, at this event co-organised by PNWJ. This year sees the festival's return, with more performances, film screenings and talk sessions centred around peace. The event is free and happens surrounded by the beautiful backdrop of this season's cherry blossoms in bloom.

For the full programme, see below (note - many of the talks are likely to be in Japanese):

Hear from activists working to stop  the following projects in environmentally rich areas: a tunnel  through Mt. Takao; a nuclear power plant in Kaminoseki; and a  U.S. military base in Takae Village, Okinawa.

SandiiBunbun with Earth Conscious and Hula All Stars (Hawaiian)

Posted by Globalism at 2:41 pm No comments:

Came across this gem of an artistic idea today via The Guardian - an art installation with zebra finches alighting on the fretboard of a pugged-in, switched-on Les Paul. Delicately natural grunge. The installation was assembled by French sonic artist Céleste Boursier-Mougenot. It's currently being shown at London's Barbican.

As the gallery says:

As the birds go about their routine activities, perching on or feeding from the various pieces of equipment, they create a random and captivating soundscape.

I'm unlikely to be able to make it along there myself, but the above video gives a delightful flavour of the experience. And yes, The Guardian has already used the 'rock chick' gag...
Posted by Globalism at 9:56 pm No comments: 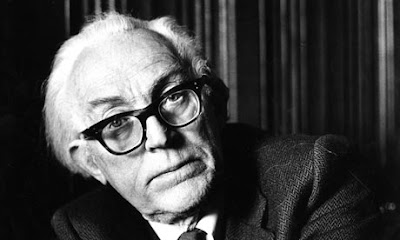 Photograph: Jane Brown (via Guardian.co.uk)
Unilateral nuclear disarmament. Republicanism. State ownership of major industries. In these times characterised by airbrushed politicians stuffing their own pockets with taxpayer cash and the main political parties having little but an ideological cigarette paper between them, it's almost hard to believe that there was a time when such major issues were even present in mainstream political discourse in Britain. Yet in recent memory (mine at least), these and other related ideals were fought over with great passion and seriousness, until the country seemed to largely accept that 'Thatcher won'.

The man that epitomised these principled yet widely contested principles died today. Michael Foot, former leader of the Labour Party, passed away having tucked a mightily impressive 96 years under his belt. A figure of another age, one where principles trumped presentation, he had the misfortune to stand in the way of the then-snowballing Thatcher revolution, facing her at the ballot box shortly after her nostalgically imperialist face-off with Argentina over the Falkland Islands/Las Malvinas conflict.

I am not an obituarist, thus will not write one for him. The Guardian covers his life well enough and Wikipedia provides further background on him. I will, however, mark his passing with a couple of personal memories that should serve to demonstrate a little of the humanity of the man, along with his commitment to peace.

As a ten-year old boy growing up in the early 80s with a fear of global nuclear war, I joined my parents on a march through London in favour of nuclear disarmament. Organised by CND (Campaign for Nuclear Disarmament), of whom Foot was founding member, this rally had a deep impact on me. Growing up later on as a teenager, I found myself unable to rebel against my parents in the way characteristic of many British teenagers, but rejected the ordering of the world I saw around me as unjust. The march showed me that it was right to express opposition to what one believed to be wrong. It introduced me to the word 'Hiroshima', a place I would come to visit more than twenty years later once my activist heart had reawakened after a lengthy period of dormancy. It stirred the excitement of protest, a feeling that never left me even when I became disengaged from political processes.

When the bulk of the marchers reached Hyde Park at around midday, a klaxon sounded, in simulation of a nuclear strike. I may not have fully understood the implications of this at ten years old, but nevertheless felt its power. When that air-rending siren blared through the open expanses of the windy London park, all present laid face-down on the ground as if the bombers were overhead and ready to drop their lethal cargoes. If the shifting sands of my memory is correct, somewhere near where I was lying down was the then Leader of the Opposition, Michael Foot. His passionate belief in the principles of peace over violence had stayed with him throughout his political life and here he was, lying down with the people that he was striving to represent on the national and international stage.

When asked during the ill-fated 1983 election campaign if he would ever use a nuclear bomb should he become prime minster he replied:

I cannot conceive of any such circumstances in which it would be anything other than criminal insanity...To say you are going to use a weapon which is going to involve mass suicide for this country and mass genocide as well...is itself incredible.

I cannot conceive of any mainstream contemporary British politician taking such a stance today. Indeed, it is given as conventional wisdom that such principles are what made the Labour Party 'unelectable' during the early 80s. Nowadays, we who clamour for a turning of the post-millennial tide of Western militarism and the revival of neo-imperial resource grabs have to clutch at the straws of the rare spectacle of an American President apparently committed to massively reducing his nation's nuclear stockpile.

Foot's opposition to war was longstanding and extended well beyond the nuclear issue. He spoke out against the 1968 Soviet invasion of Czechoslovakia, visited dissidents and victims of torture in Franco's Spain, and opposed the Vietnam War. Although he backed Thatcher in her South Atlantic adventures due to his stance on the Argentine military junta, this hatred of despotic regimes didn't prevent his from speaking out against Blair's biggest folly, saying of the 2003 invasion of Iraq that 'the idea of a pre-emptive strike is a terrible, terrible idea' adding that 'the dangers of this idea spreading are just appalling'.

My other 'moment with Michael' came during my more politically fallow years. One of the hippy hordes making his way back from another early 90s Glastonbury Festival, I was waiting at Bristol Temple Meads station for a train to take me back to Wales, where I was living. A frail old man was waiting for the same train on the platform next to me and as he seemed to have trouble walking, I offered to help him onto the train. He accepted my offer and it dawned on me that the man was none other than Michael Foot. We sat together in the carriage for an hour, chatting about the state of the country under the Major administration and issues that were plaguing education at the time. He got off at his station, Ebbw Vale, leaving me somewhat in wonder at the encounter I had just had. This country once produced politicians with greater callings than Westminster being little more than a passport to the elite.

A man of peace with a deep commitment to human freedom has gone. His words and ideas remain. Let them not be easily forgotten.
Posted by Globalism at 8:52 pm No comments: