Free music for Japan ('The Sun Will Rise')

Having spent a lot of time re-engaging online with Japan again recently (following on from the earthquake and after-effects), I happened across plenty of other non-disaster-related stuff at the same time as keeping up with news from there. One such gem I discovered for the first time is the web series 'English Teachers'. The above video is the first in a series of eight short episodes that take a light-hearted look at the expatriate experience of teaching English in the country.
Although some of the videos' YouTube commenters felt the series to be a little cheesy, having worked in a very similar environment, I found it to be both startlingly accurate and rather amusing. 'Teaching abroad' can attract such an odd mix of characters that these schools can end up being a really curious collection of people (guess I have to include myself in here too)!
Watch and smile if you've ever taught outside of your comfort zone in a land far, far away or take a peep to see what it can be like if you haven't. Links for the other episodes are given below:
Episode 2: (Un)equilibrium
Episode 3: Hail Mary
Episode 4: Not In Kansas
Episode 5: Showdown
Episode 6: Dun dun dun!
Episode 7: Good luck charmed
Episode 8: Moving Day
Post on IATEFL pending soon...
Posted by Globalism at 1:36 am No comments: 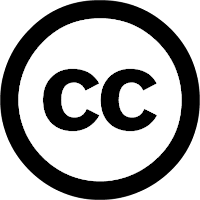 Partly because it's rather a big deal for me (I've organised a conference before, but never spoken at one), I've trialled the presentation at an in-house conference and a couple of workshops at work. It seems to have been mostly well received so far, with other teachers telling me that it was useful to know and interesting in parts. However, I'm aware that copyright is not the most thrilling subject to speak on and many people - teachers, students, others - pay little consideration to the idea beyond  possibly the occasional thought in the back of the mind ('I should probably think about this, but…'), so I really need to try and make the subject come alive and relate it directly to people's lives.

This post then is an attempt to introduce the subject and to call for testimonies from other teachers, in order to add some authentic voices to the topic. If you're already familiar with copyright and CC, please scroll down to the section 'A request for input'. If not, then firstly here's some context…

What is copyright, and where's the problem? 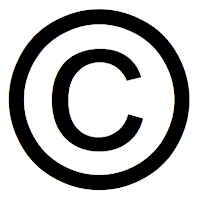 Copyright is 'a set of exclusive rights granted to the author or creator of an original work, including the right to copy, distribute and adapt the work' (Wikipedia). In law, it is a form of intellectual property and while it is not possible to provide legal protection for an idea, copyright covers the expression of an idea. According to the World Intellectual Property Organization, copyright exists 'to encourage a dynamic creative culture, while returning value to creators so that they can lead a dignified economic existence, and to provide widespread, affordable access to content for the public'. As we shall see, this is often not how things turn out in practice.

In most countries (including the UK), copyright is automatically conferred on a work once it has been created, enabling 'all rights reserved' to the creator without them having to register the work with an official body. Although copyright law initially applied only to the copying of books, it now covers a wide range of works, including (but not limited to) the following:
'But I'm a teacher, not a sculptor, a film-maker or a computer programmer. What does this have to do with me?' Teachers and students make use of copyrighted works all the time. Whenever we use a textbook. Whenever we screen or watch a film or video clip in class, or listen to a piece of music or other audio file. When a teacher makes a lesson plan. When a student creates an original piece of writing. This means that within even just one classroom, large numbers of copyrighted works are both being used and created every day.

Secker (2010) claims that there is a 'general perception that there exists some sort of blanket exception for educational or not-for-profit use prevails in education, particularly outside of higher education'. This 'educational exception' is often not the case. In the UK, educational institutions are required to purchase a licence from the Copyright Licensing Agency (CLA), in order to use copyrighted works. This licence generally permits the photocopying of 5% of a published edition (e.g. a textbook) or one complete chapter. I have yet to meet a teacher, even the most cautious of rule-followers, that will stand over a photocopier as the clock ticks for a fast-pending class and count the pages that they are copying to make sure they fall within their allocated page count. 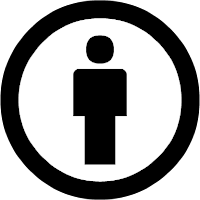 Under British law, photocopying and scanning of published works when performed in education falls under the concept of 'fair dealing'. This is a legal defence rather than a legal right, as the UK does not have the concept of 'fair use' enshrined within its copyright laws (as the US does, being theoretically more lenient on the use of copyrighted works in a educational context). Fair dealing in the UK does not apply to electronic resources, meaning that copying pages from a textbook and making it available across a Virtual Leaning Environment (VLE) can be a risky business.

Plagiarism. Using 'Google Image Search' to source pictures for learning materials. Uploads to VLEs. Student work that builds on existing works. These are just some of the many other copyright-related issues that also arise in learning contexts, few easily solvable. Perhaps most importantly, if teaching is supposed to be about the spread of knowledge in order to facilitate learning, the greater the restriction on that knowledge, the more that learning opportunity is inhibited.

Creative Commons - towards a solution 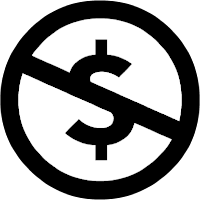 There are some who claim that in the so-called Information Age, existing copyright regimes are in need of radical reform, in order for them to be more relevant in the reality of the Internet ('the world's greatest copy machine', as Cory Doctorow has described it). Under Britain's Copyright, Designs & Patents Act (1988), it was still technically illegal to view a website (Secker), until a 2003 amendment fixed this anomaly. This was because in order for a computer to display a web page, it has to download a copy of it from the server onto the client machine. The very tools that facilitate our modern times have copying built into their DNA.

Step forward, Creative Commons. This non-profit organisation was founded in 2001, to create 'a balance between the reality of the Internet and the reality of copyright laws'. The licences they issue enable the sharing and use of creativity and knowledge through free legal tools, by allowing the user to communicate which rights they wish to reserve on their work. Their mission statement depicts a 'vision (that) is nothing less than realising the full potential of the Internet - universal access to research, education, full participation in culture, and driving a new era of development, growth, and productivity'. They are not an alternative to copyright, more a compliment to it - a case of 'some rights reserved'. 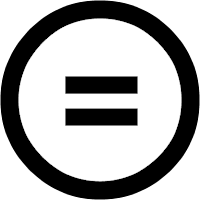 There are four key elements to these licences - Attribution ('give my name when you use my work'), Non-Commercial ('please don't use my work to make money for yourself from it'), No Derivatives ('you can use this as long as you don't make any changes to the original') and Share-Alike ('you can use this as long as you issue the resulting work under the same licence terms'). Works can be issued under any combination of these elements, from the least restrictive Attribution (CC-BY) to the most restrictive Attribution - Non-Commercial - No Derivatives (CC-BY-NC-ND). Generally, these conditions are fixed into the digital file, either within the metadata or in some visual form (such as by using the CC symbols), which is then uploaded to the Internet. I believe that they are an essential of a modern Internet user's toolkit, teacher or not.

Barack Obama uses them. So does TED. So does Wikipedia, MIT, and the Open University. And so do many millions of individuals around the world that wish to share ether work as a contribution towards a global creative commons. By the end of 2009, there were approximately 350 million such licenced works available on the Internet. At the growth rate they have been showing, it is likely to now exceed 1 billion. That suggests that it's not so much 'are there any quality works I can find related to my subject?' but more a case of 'how do I filter through this mountain of free stuff?'
Here are a few good reasons for using CC in education:
A request for input 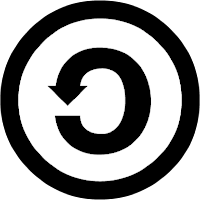 This post is meant more as a beginning than an end. Although many teachers I speak to often don't see how the copyright issue affects their daily work, the deeper I go into this issue, the more I hear of people that do have genuine concerns about copyright. On the other hand, while there are many examples of use of CC works in education around the world, I have so far come across very few examples within ELT (English Language Teaching).
'Whodunit', the first free-to-share commercial ELT textbook, was only released last year. The eltpics project on Flickr (thanks to Phil Bird for alerting me to it), an image pool that collects CC resources in one place, was started only in October 2010. Further cursory Google searches bring up the odd few language teachers that use CC in the classroom but not a great deal.

I have two questions for readers - whether teachers or students. Please either add your responses in the comments section of this post, or for private communication please send an email using the icon in the sidebar:
I'll use the best responses in the presentation, either as part of the slides or in the audience handout. And of course, in the CC spirit, with an attribution!

Teaching Copyright
A Music Teacher Describes How Copyright Hinders Music Education
The Surprising History of Copyright and the Promise of a Post-Copyright World
The Digital Learning Challenge: Obstacles to Educational Uses of Copyrighted Material in the Digital Age

Artistic communities around the world have been moved into action to help those in Japan affected by the Tohoku earthquake/tsunami on March 11th. This touching song with its well-put together video was written and recorded by fatblueman, at the request of ourmaninabiko (the founder of Quakebook - another fundraising effort).
I've also co-written/recorded a piece which has been selected for inclusion on the double compilation CD 'The Sun Will Rise'. The CD is released on Friday, so more to follow soon.
All monies raised from Quakebook sales go directly to the Japanese Red Cross.
Posted by Globalism at 4:17 pm No comments:

Inside the Egyptian Revolution

Google executive Wael Ghonim was incarcerated by the Egyptian authorities during the uprisings in January and February of this year, having created a Facebook page in support of the protests. TED have wasted no time in getting him to give a talk on what he describes as 'Revolution 2.0' - a new form of leaderless uprising, facilitated by the internet and social networks.
Posted by Globalism at 7:02 pm No comments: