The Death Of The Godfather 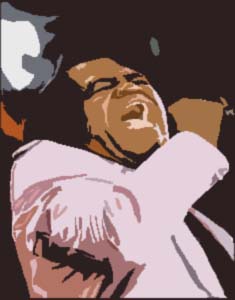 It is with a great sadness (but with characteristic style on his part to do it on Christmas Day) that I post about the death of James Brown, the 'hardest working man in show business', 'the Godfather Of Soul', 'Soul Brother Number One'...
Music has lost one of it's last standing true legends. A seminal force in soul, funk, gospel and rhythm & blues, plus a major influence on most modern music, such as hip-hop and electronic music, he was also an astonishing performer whose onstage presence and style inspired many others. Even in my own live shows, I have stolen a few moves from the man and worked them into my live character (although I could never claim to be as funky as he was!).

His BBC obituary can be found here and the Wikipedia entry is here. 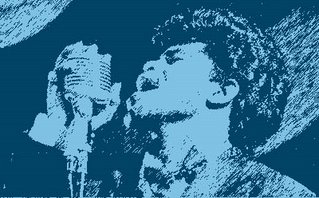 Back in 2000, the summer following my redundancy from my job, James was due to play at the Essential Festival on the outskirts of Brighton. Naturally, the meagre redundancy package I'd received from my retail post had gone by then (mostly on a trip to Paris in the spring) and I was beginning to scrape by on what I got for dole money - never a great deal at the best of times.

When I heard that Brother James was coming to town, I knew that I simply had to be there. How often does somebody like him play in your own backyard? Perhaps once in a lifetime. The downer was, there was simply no way of scraping the pennies together to come up with a means of paying for a ticket.

Luckily for me, I work pretty hard at keeping up good friendships. To my great surprise, my best pal from my college days came through for me and bought me a ticket as a birthday present.

The meaning of true friendship = 'being an enabler, helping to hit a dream'. 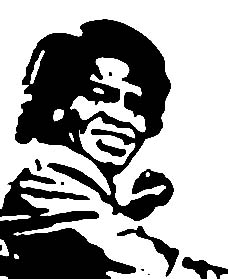 We all trooped along to see James live and it was exactly as you'd expect from a James Brown show. He was the showman. He did his best known songs. He wore his costumes. His band was tight as hell. He had an energy that shouldn't have been there at his age. His stage presence put so many other younger performers completely to shame. He even did his 'falling on the floor and being covered in his cape only to shake it off and get it on again' routine.

Of course, a cynic could easily have described it as some sort of soul nostalgia cabaret but I felt that JB's energy, conviction and respect for the audience shone through and rode roughshod over such barbs. After one of his shows, you feel exhausted yourself, as if what he puts in takes away some of your own energy too.

Below is a compilation of clips from his live career (and my first video posting too). Dig the man...
Posted by Globalism at 3:18 am No comments:

Almost at the end of the year 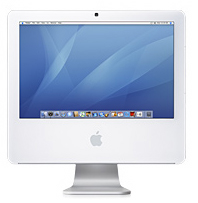 I've battled with the question for about 6 years now - should I use Windows or Mac? When I got my first desktop back in 2000, I just couldn't quite make my mind up and after asking many people and taking much advice, I just plumped for a Windows PC. It seemed the easiest option and I took the populist route, the one that seemed to have the most software and was most commonly used - a universal standard.
The question has come back to me time and time again since then.

Last week, I finally made the switch and am now the proud owner of a new OS X iMac, as depicted here. What a revelation it is! My clunky old Windows laptop was running along at 30GB and was about four years old, so it's admittedly not a great deal of comparison, but this is really shifting up a gear (or ten). It's going to take a while to get my head around everything - data migration, reconfiguring mail systems, adjusting to a US keyboard, etc - but each new window is a voyage of discovery at the moment and it's clearly transformed my own operational capabilities. I'm now up from 30GB to 250GB, with a massively enhanced processing power and a big smile whenever I turn the computer on.

Because Microsoft are such a huge beast and such a target for rage from frustrated users due to alleged predatory practices and their operating systems notorious weaknesses with things like susceptibilities to viruses, it's a great pleasure to make the switch.

One thing to be slightly aware of, however, is the likeliness of becoming a Mac bore. Aesthetically, they look so much nicer than most (both on screen and the machine itself) that they tend to be among the more fetishised of machines. Also, there is quite a communal, membership feel to being a Mac user which can tend to waffling on about it. I'll try my best to keep clear of that!

Averaging about one posting a month on this, what with all the other range of commitments that I seem to have running at the moment, so as I'm actually sitting in front of this and writing, I'll use the chance to try out a new style - condensing a few thoughts, news and opinions into one entry and see how that goes. 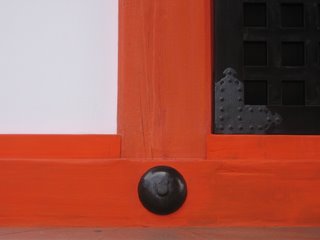 I've finished updating all the albums in my 'Global Image Gallery' for this year. Most recently dealt with include a series of new pictures in the 'Images Of Britain' album, updates too for 'Tokyo' and 'Tokyo City Views' and a personal favourite (which the selected picture is taken from), an album of images taken from a jaunt to the wonderful city of Kyoto back in the spring of this year.

As usual, follow the links contained here to view the albums themselves and if it's the first time to visit Sony Imagestation, I have some login information that you can use contained within a previous post.

A couple of other thoughts to end this post with. The death of Chile's former military dictator Augusto Pinochet comes around the same time as the publication and release of the Iraq Study Group report. The recent overviews of Pinochet's time recall the number of people killed or 'disappeared' during his tenure over the country - listed at roughly 3000 people.

What a magic number that seems to be! Around 3000 killed in the 9/11 attacks and the ongoing death toll of US soldiers in Iraq is edging ever closer to 3000 too.

Add all these three figures together and you don't come anywhere near the obscenity of the scale of the body count amongst the Iraqi people.

Some perspective needed here, I think.
Posted by Globalism at 2:54 am 3 comments: