I get so easily distracted these days. There I was reading 'Wikinomics' whilst taking a break from working on a new website, when I came across the BBC's project for opening up its archive to mashups. Excited by the possibility, I put the book down and went to the Net to find out about it, only to discover that it had been a pilot project which doesn't seem to have been touched since 2006. A shame really, but it did lead me on to the BFI's site, where you can also make use of their archives.

A fair treasure trove I did find. Some dusty old reels from the silent era - a few of which were actually made in Hove! Anyway, grabbed myself a few and set to work on my own mash up.

Now, I've got material in mind for video projects for Control K and Shelf Life, so I was going to have to pull out something else that I actually had use of. Turned out that one of the tracks that was written by The Zamora, my old band from Brighton that gave me an early taste of life under media exposure (for all of a week or two), fitted perfectly.

'Harry J (Gunslinger)' was, in a few opinions, the best song that we did together. It was also the track that was most collaborative and so much more of a group effort than some musicians playing along to someone else's song.

I managed to knock the video together in a couple of evenings before Christmas. Better get back on with the website now...

Posted by Globalism at 11:59 pm No comments: 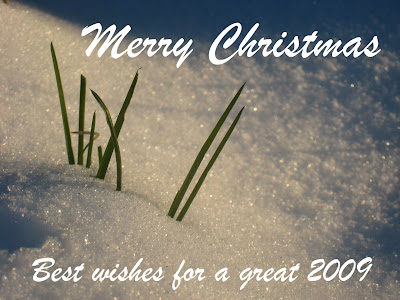 Posted by Globalism at 1:50 am No comments:


Two videos today! This one is actually about a year old now but I've just discovered it.

'The Story Of Stuff' is a very nicely animated and clearly presented 20-minute film explaining 'the materials economy' (or consumerism, to put it another way) and how much wastefulness is embedded into modern life.

The film is more from a US-centred point of view, but resonates outside of it too. It is presented by Annie Leonard, a sustainability and environmental health expert.

A clearer version can be seen on the website.

Posted by Globalism at 4:28 pm No comments:

Frontline video from the economic crisis

Here's a report from Jason Parkinson (who did the Shelf Life interview earlier this year) that sheds a little light on the global financial crisis and some London responses to it.

It seems remarkable that while governments drag their feet interminably when it comes to finding the money needed to tackle the real problems that planet is facing, as soon as the banks and money markets start to teeter (having had virtually all regulation needed to save them from eating each other alive), billions upon billions of pounds are magically found to prop them up.

I guess that the alternative of letting them all go to the wall risks bringing down the entire ideological framework that most of the world's 'leaders' have based their entire value sets around - too much to contemplate when primary concerns are more holding onto the reins during short-term electoral cycles.

Andrew Rawnsley also had some good suggestions for better uses of that money for Britain in last week's Observer.

Posted by Globalism at 2:50 pm No comments: