Winter in Brighton and Hove

A good thing about the end of the year is getting to clear out all the stuff you've been meaning to do for much of the rest of it. It's rare to satisfactorily finish everything, but good to at least make some moves towards it. Having gotten a little more into making short films recently, there's a couple of them that have been in the pipeline this month that I wanted to get out before December is up.

The first one can be seen above and is a record of this year's 'Burning The Clocks' parade. The event is an annual one which brings a bit of carnival joy to a chilly seaside town, and offers an alternative to the shopping binge excesses of the commercial Christmas. Kids and adults parade through Brighton with lanterns made from willow and paper, and set fire to them on the beach at the end of the parade.

It was cancelled last year due to icy conditions making the streets too dangerous to parade over, thus T (wife) and I didn't get to make it. This year, however, the ice had melted enough (having come surprisingly early anyway) to make it possible. I'd been to one of them before - 2005, I think - but down in the thick of it on the street you don't get much of an overview. This year was all good - a great view on Marine Drive and getting to see the whole thing, including the fireworks show at the end.

It might be a modern tradition rather than a deeply rooted one, but one worth taking part in all the same.

The other surprise about this month was the amount of snow the country was hit by over December, both at the beginning of the month and prior to Christmas. Brighton doesn't usually get a great deal due to its location and the sea salt in the air, but this time it did. Having recently acquired an iPhone 4, it seemed a good opportunity to test out the video camera on it. I wasn't disappointed.

The short film shown above is named after the hashtag that has been used to create a user-generated live map of where it is snowing around the country - a fine example of the innovation that the Web enables. The map was created by programmer Ben Marsh in 2009 and it collates tweets that contain up to three items of metadata: the hashtag '#uksnow', the first part of a postcode (Hove's being BN3) and a rating for the degree to which it is snowing in that area (1/10 for very slightly, 10/10 for very heavily).

Of course, the thing about videos like this is that it is best to get them online as soon as the event has happened. That's not always possible though, so I've at least managed to get them up in the same month.

And now, as the end of the year draws in, I'll allow a slight wry smirk in having posted to this blog more often in this year than in any other. It's finally growing, if ever so incrementally. I've been asked to post for a blog at work too, so it's hopefully going to be a far more productive year here.

Happy New Year, wherever you are.

Posted by Globalism at 12:12 pm No comments:

Although these days it's tough to find the time, I do like to keep a hand in with music making when the opportunity presents itself. I don't really have an ongoing band at the moment, so have to throw something together when gigs come up.

This year was my second year of being involved with the Christmas Concert at the place where I teach. As with last year, a line-up was hastily assembled at the last minute. The only difference was that this year, we had students in the band as well as teachers, which seemed to work pretty well.

This is the version of The Stones 'Jumping Jack Flash' that we came up with, after two rehearsals. It's (more than) a little rough around the edges, but it seemed to liven things up enough at the event! I usually try and keep the teacher and singer personas distinct from each other, but sometimes they end up crossing over a little...

Next year, must try and get rehearsals in a little earlier!

Posted by Globalism at 12:34 am No comments:

Wishing you a Merry Christmas... 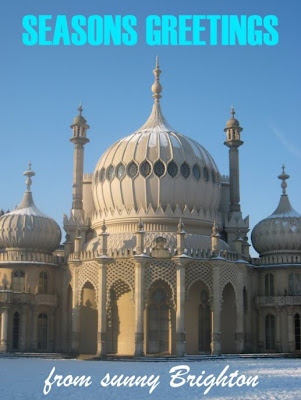 Here's a brief post on Christmas Day to wish all readers and visitors of this blog the best of the season to you, wherever you are or whatever you celebrate over the Winter break.
Yes, I've rather neglected this space of late, what with moving house, finishing off the Delta and exam season hitting, plus the usual round up of end-of-year festivities. As usual, there's plenty of intention to round up the year with a lot more posting. This one'll just be a brief salutation to you all though.
Merry Christmas!
Posted by Globalism at 12:09 pm No comments: