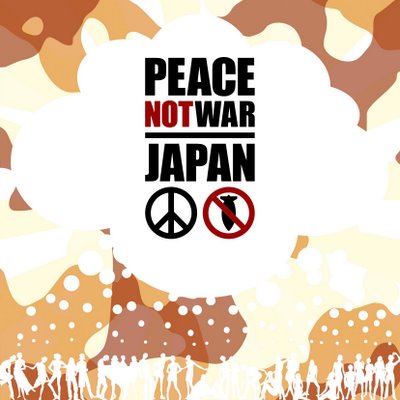 After two years work on the project, the 'Peace Not War Japan' compilation CD finally hit the stores in Japan today. It's a great relief to see it having actually reached this point, yet now the energies and concerns switch to promoting it and hoping for a good response from the Japanese public!

It's also the first time that I've managed to get a music product into any store. The first two or three were made at home, then mailed out to friends and family. The fourth one was made available only through a press on demand website, based in California. This one doesn't actually contain any of my own music (unlike all the others), but I'm very proud of the material that we've managed to gather for this collection and consider it to be of a very high quality.

Below is most of the text from the International Press Release:

August 2006, the month of the Hiroshima/Nagasaki anniversaries, sees the Japanese release of a collection of artistic voices that are calling for an end to war and for peace in our time. This unique collection, released on Dynastic Records, is titled ‘Peace Not War Japan’ (PNWJ) and is the first compilation of contemporary Japanese peace music.

This CD sees Japan joining an international coalition of artists and activists who are opposed to the rise in global conflicts in recent times and who are redefining protest music for the 21st Century. Acts such as Soul Flower Union and Dry & Heavy join with the likes of Jane’s Addiction, Public Enemy, Billy Bragg and Michael Franti. It also provides evidence of a new consciousness about peace and global issues amongst young Japanese people.

The artists, both well known and unknown, come from across Japan (Tokyo, Hiroshima, Osaka, Okinawa, etc) and unite around themes of peace, the horrors of war and other social issues facing the modern world. The collection also spans many genres, taking in rock, dub, breakbeat, hip-hop and others.

The PNWJ Project was founded by Dom Pates, a British musician living in Tokyo, who wanted to spread the message of peace in Japan and bring Japanese artists to this global platform. It is a collaboration between a range of international groups and Japanese volunteers. The parent organisation, Peace Not War (PNW), is based in the UK and Tokyo’s Dynastic Records made the Japan CD release possible.

PNWJ’s mission is to raise awareness in Japan about peace and war, and to nurture the grassroots of the Japanese peace movement. This will be done by donating proceeds from the sale of CDs to non-violent groups working to end war and create global peace. Peace groups will also be able to sell the CDs themselves. This DIY method of fundraising enabled PNW to donate over $100,000 to the global peace movement.

Japan has contributed much to the cause of world peace; the lessons of the hibakusha (A-bomb survivors) and Article 9 of their Constitution (which forbids the country from the use of force to resolve conflicts), Yoko Ono & John Lennon’s 60’s global advertising campaigns (‘War Is Over, If You Want It’), popular opposition to the Vietnam War, and the creation of Peace Boat, an NGO with consultative status to the UN which takes a passenger ship round the world on educational cruises.

Now, with ‘Peace Not War Japan’, it makes a new contribution – its own soundtrack for the contemporary global peace movement. In this practical resource that can also be danced to, the pulse of young Japan’s fears, concerns and anger about the current state of the world can be felt, plus their suggestions for a way forward.

PNW is an established and UK-based collective that promotes pro-peace/anti-war music by internationally renowned and independent, grassroots musicians, and raises consciousness about peace-related issues. It also acts as a fundraising organisation for groups working in the global peace movement.

By releasing CDs, and organising and promoting live concerts, these objectives are achieved. The CDs have so far been sold in over 20 countries. In addition, PNW has a website loaded with resources, including a large Online Jukebox and a global Peace Group Search Engine.

For more information about PNW, please go to www.peace.fm
Posted by Globalism at 3:33 pm 1 comment: 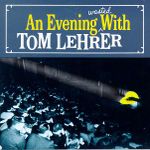 "For everything to be consummated, for me to feel less alone, I had only to wish that there be a large crowd of spectators the day of my execution and that they greet me with cries of hate."
Excerpt from Matthew Ward's translation (of 'L’Étranger')
Posted by Globalism at 5:32 am 2 comments: