Solastalgia...or how our minds will be victims to climate change (WN0008) 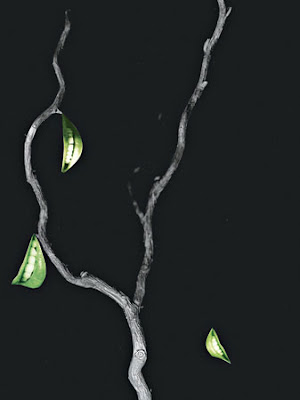 The threats posed to the planet and its environment by human-induced climate change are now well documented. Rising sea levels leading to the disappearance of many coastal cities and nations, vast numbers of environmental refugees and mass extinctions are amongst the many perils we are said to be facing.

Wired magazine today reports on another danger to add to the pile-up: 'Solastalgia', or a form of homesickness that one gets when one is still at home.
Coined by Australian philosopher Glenn Albrecht and identified from the scores of interviews conducted with fellow Australians who have described 'their deep, wrenching sense of loss as they watch the landscape around them change', Albrecht believes that he has identified a new type of sadness.

Wired goes on to postulate:

'People are feeling displaced. They're suffering symptoms eerily similar to those of indigenous populations that are forcibly removed from their traditional homelands. But nobody is being relocated; they haven't moved anywhere. It's just that the familiar markers of their area, the physical and sensory signals that define home, are vanishing. Their environment is moving away from them, and they miss it terribly.'
For so long, humankind has distinguished itself from other species by adapting the environment to suit itself, unlike other species that adapt themselves to suit their environment. However, we mess with Mother Nature at our peril. Perhaps this is an indication of one of her means of fighting back - by attacking the Achilles Heel of our emotional responses to stimuli.

The rest of the article can be read here.

Posted by Globalism at 8:58 am

interesting article. made me think back to the regular visitors I'd see in my grandparents' garden years ago - sparrows, blackbirds, starlings, song thrushes, blue tits, pied wagtails. in those days house martins nested in the eaves too.

nowadays I still see the odd blackbird but it's mostly just seagulls and pigeons...

Indeed. I don't know what Tokyo used to be like 30-odd years ago, but nowadays it seems to be just infested with big crows.

Mind you, a place that has encountered as much devastation as this place - whether through earthquakes, war or simply rapid urbanisation probably lost much of its original wildlife a long, long time ago.