Questions for the peace movement...or how to end the war/occupation? 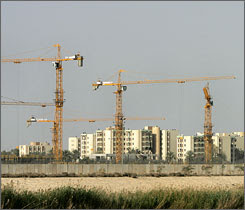 A short(ish) posting here while I gather some thoughts, join some dots and ask some questions...
The new US Embassy in Iraq will be the world's largest and most expensive foreign mission. The $592 million facility, built on 104 acres (the size of 80 American football fields) and set to open in September, is expected to employ over 1,000 people in a 21 complex housed behind high, blast-proof walls.

Meanwhile, the US administration has begun talking about the 'Korea model' (1, 2) for the US presence in Iraq. US troops have been stationed in Korea since the end of the Korean War in 1953, and in Japan since the Second World War ended in 1945. Defense Secretary Robert Gates last month described how the US was looking for a 'long and enduring presence' under arrangement with the Iraqi government.

Although this may have been obvious to many people for a long time, it is looking increasingly like there is no intention whatsoever for US withdrawal from Iraq. The assumption has to be that they are hoping to quell the violence sufficiently over time in order to be able to get on with the business of the oil. 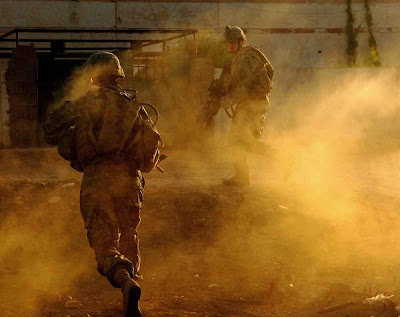 The difference between Pax Americana and the other Empires that preceded it is that the United States doesn't admit to being an empire. It has become one by stealth, perhaps because after WWII and the end of the Cold War, the very concept of imperialism, grabbing resources and territory by force had become discredited.

If however we accept that the US is indeed acting as an empire and has no intentions of leaving Iraq perhaps within any of our lifetimes, what position or actions should the peace movement take when working to end the war/occupation there?

To end a war is in itself a Herculean task, and historically has tended to happen either when victory is declared or the invading army is forced to concede defeat and withdraw. To end an empire (and extend the Ancient Greek metaphor) can be seen as a Sisyphian task.

I do not pretend to have answers to this crucial question, but feel that it is vital that it is asked. What can be done to end this madness in the Middle East?

In the long term, it is something that requires the will and participation of millions, billions even, with the strengthening of existing and the building of new international institutions that truly outlaw war and militarism. It requires perhaps the encouragement and development of a multi-polar world to counter the dangers posed by a uni-polar one. It also demands the rousing of a new consciousness amongst the peoples of the world to encourage a vision of a future where resources are fairly traded as opposed to taken by force and disputes are settled by means other than military ones.

In the short term, if the US is to insist on acting as an empire and to return to the question, how is the war and occupation of Iraq to be brought to an end?

Posted by Globalism at 7:18 pm