Where does all it all go?

I've been attempting to throw up another post recently, a World Cup digest, opinions on the latest war (in Lebanon), etc. However, I just don't seem to have enough spare time these days, at least to do the writing some justice.
The 'Peace Not War Japan' CD is due out on August 19th, and despite the two years put in on the project so far, it's still going to the wire right now. Perhaps next year I'll start getting more sleep!
...

In the meantime, a little information about the latest article published:

In the past few months, I've started doing a little writing for a Canada-based online magazine that focuses on Japan (I know, sounds random!), called The Foreigner - Japan. They published a short story of mine about iPods and Tokyo ('My Little White Box'), plus a review ('Lively Up Yourself') of an event I went to in the Japan Alps, called Reggae Snow Splash.

Following these, I was asked to attend a play at the Canadian Embassy in Tokyo, write up a bit of a review and interview the actors afterwards. 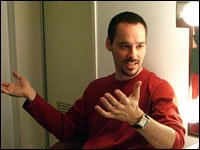 The resulting article, 'City Transplants & their Domino Hearts', has recently gone up too. Depicted above is Canadian Robert Tsonos, an actor and co-director of the performance, and below, Australian actor Bruce Michell. The photos were taken by Tomomi Akagi and the playwright was the great, great, great grand-nephew of Thomas Edison. 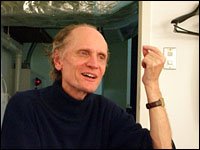 Dig in and see if you too can accept a new Tokyo heart!
Posted by Globalism at 3:28 pm

Dom makes me want to take my pants off and sigh at the sun.

And the instantly regret doing it.

Skibbididy do after 1 min 20secs crime ministers after 2min 50 secs. These are the highlights of this short Upsetter vid