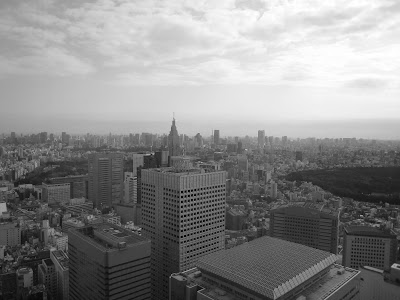 So, as it probably always was going to do anyway, the Japan adventure has come to an end. Six weeks ago, I left the city that had been my home for four and a half crazy years and came 'back home', to Britain. Although it had all seemed so alien to me when I first arrived, I had made Tokyo into my home, having done and experienced things there that I would never have dreamed of five or more years ago. It changed me in countless ways, mostly all positive (I think) and made me into a different man from the one that stepped onto a Japan Airlines flight in September 2003, bound for the other side of the world.

In October of last year, whilst I was actually in Buenos Aires taking in my first spring in the Global South, I was one of the roughly half a million people that fell foul of the biggest consumer collapse in Japanese post-war history. The company that I had been working for, a vast corporation with about a 60% share of its market that was spread all over the country and symbolised by a peculiar pink cartoon rabbit with a yellow beak, a giant that had been teetering on the brink of collapse all year, finally fell with an almighty crash.

This was unfortunate enough to say the least, but given that my fiance and I were intending to relocate to the 'green and pleasant land' from whence I'd come and our pending nuptuals were looming ever closer, it necessitated an early return to Blighty for me - 'man goes ahead to lay the foundations before being joined by the missus at a later date' sort of thing. 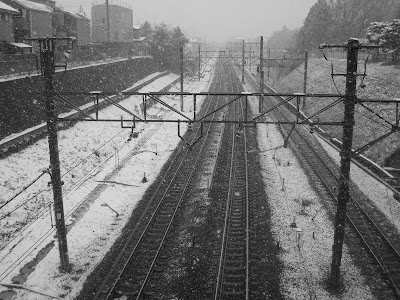 January in Tokyo was spectacularly cold and we had a fair amount of snow, unusual for that city these days in our times of shifting climate patterns and rising global temperatures. I felt somewhat cold inside as well as outside, for I had grown to love the place and in my heart wasn't fully ready to go. Still, when a man has finally found his perfect women he must do all that he can to hold on to her and there was to be no future for us in Japan, other than visits to the in-laws and to show the kids the other side of themselves, when they finally come along.

I wrapped up my activities, played a final farewell show with the band, bid farewell to close friends and business partners and set off to hand my ID card in to the customs official at the airport, promising to all that I would be back and that it was not the end but merely the end of the beginning.

That heavy heart sank a little further upon alighting at the other end, as the reality of three months away from my beau spread and I was once again faced with probably my least favourite of all airports - London Heathrow. With hindsight, I got in just in time given the recent debacle of the much trumpted and then heavily maligned opening of the new Terminal 5. Touted by The Queen as 'a 21st-century gateway to Britain' yet described in The Guardian as 'more like a 19th-century doorway to Calcutta', I did at least manage to avoid that level of misery. Still, none of the tubes were working when I got out of the terminal that I did land at, so at least I got a little bit of business as usual.

After the slick, machine-like efficiency of Japan in general and Tokyo in particular, to describe it as a shambles doesn't quite come close to an understatement. I wonder how on earth this country is going to cope with having the Olympics in 2012, knowing too that the Chinese will be setting the bar very high for this one. 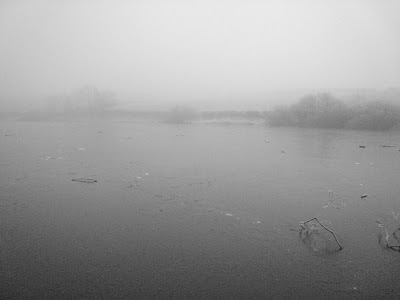 Dropping my suitcases at a parental loft on the edge of the North Yorkshire Moors, I spent my first month back running around the country, crashing on floors and grabbing job interviews whenever I could. The picture above was taken a couple of days after arrival, when I discovered a nearby mere coated in ice and shrouded in mist, making for a slightly eerie but essentially English looking scene - the likes of which I'm much more alert to these days.

Not having a base anywhere in particular was pretty unsettling as in my mind I was pretty much still in Tokyo anyway, yet my eyes and tastebuds were deceiving me. I took a pair of chopsticks with me everywhere, maintained the good habit of taking shoes off in the house (which makes for dirty socks in England, though I keep this custom up in any country I visit now) and marvelled at how much bigger everybody looked. Still, it was probably a useful exercise in reaquaintance with my old country as I fitted in a number of visits to London, plus Brighton, Wales and swathes of Northern England, which must have grounded me in the reality of being back. 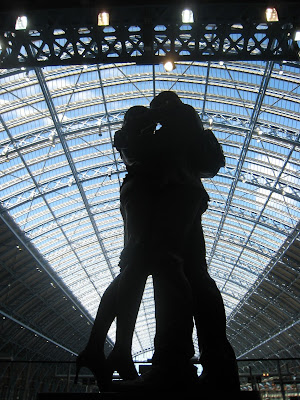 There have, however, been many very pleasant surprises too. The new St. Pancras International terminal in London, depicted above, proves that Britain can sometimes get a major engineering project just right. The concepts of 'green living' and 'ethical consumption' have become completely mainstream now, with organic food, carbon concerns and fair trade initiatives having become as British as rain. 'Reverse culture shock' and no longer being considered 'exotic' aside, it does also have to be said that the British are essentially very nice people too. Even in London, I got smiles from strangers - a rare sight indeed in pressure cooker Tokyo.

Traipsing across the sprawl of London for an interview or a floor to sleep on, I was also able to take in some of the wonders of the place. A look at 'The Gherkin', an amble around St. Paul's, a stroll over Millennium Bridge, a potter through the Tate Modern, all of which served to remind me what a wonderful city London is in so many ways, despite the frustrations of the tube or the cluttered rush of it all. It's actually quite a beautiful place really. Where Tokyo screams vibrant youth at you, London kicks back and wears its old age gracefully. Mind you, it's still got its troubles too, as the poor fellow in the picture below demonstrates. Some things are unlikely to ever change that much. 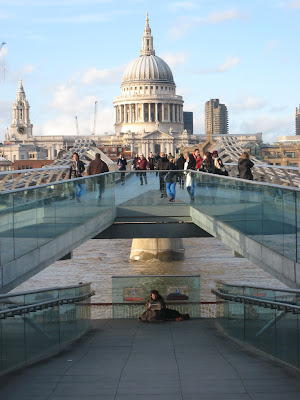 Last night, the clocks went forward by an hour, thus heralding the official beginning of British Summer Time. After a foul and wintry Easter, it finally feels like spring is in the air. The daffodils are in bloom and a light breeze ruffled my hair today instead of the howling gales that first greeted me.

I have now got used to being back here again and although it looks like it might go right up to the wire in terms of landing that 'back on my feet again' job just before the wedding kicks in, I feel positive that it's all going to turn out for the best.

And that's got to be a good thing! 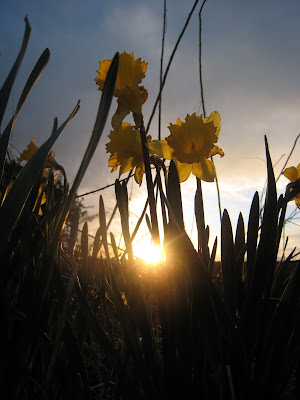