Last week, almost immediately upon my return to Japan from the UK, I had the pleasure of spending a few days in the company of an American documentary film crew. They were travelling the world to canvass current global opinion on the US, and it was a fascinating experience. Taking in 14 countries in total, Japan was 13th (Canada being the last one) having already been to Mexico, China, France, UK, Brazil, Israel, Palestine, India, Tanzania, South Africa and Afghanistan. They found me through googling the right terms that ended up with Peace Not War Japan.

I fixed them up with a load of interviews in Tokyo and hung out with them whilst they filmed, even being interviewed myself. I talked about positive and negative aspects of my opinion of the US; such as my experiences of living in Florida 11 years ago and my love of certain aspects of (initially) underground American culture such as jazz, the Beats, the hippies and hip-hop, countering it with my take on militarism and empire.

The main interviewees were Japanese people connected with PNWJ; a few musicians, a music journalist, people from Peace Boat, etc. It was the kind of project that I would have loved to have been involved in years ago (having made a documentary film myself at college) and so was delighted to finally get a chance.

Not only was it a really interesting project to be part of, but they were also really nice people too and genuinely keen to hear what the world had to say. Perhaps some new friends there.

Instead of telling you more about it myself, I'll let you read their words for yourself. Excerpts from their Japan journal can be read here, here, here and here.

Next stages for them are editing and then trying to find a distributor. I guess that in the post-Fahrenheit 9/11 climate and particularly with the Iraq War (or more accurately, the Iraq Occupation) going so wrong, it's easier nowadays in the US to speak out about the worrying directions the world has been led in during the past 5 or 6 years.

Further news about the film will be posted here, if or when I get it.

I'll finish this entry with a question or two, similar to those asked of me.

Q: What does the United States mean to you?

Q: If you could send a message to the people of the US, what would it be?

(Note: Abusive comments will be removed)
Posted by Globalism at 3:49 pm No comments:

The rollercoaster that has been 2006 continues unabated!

Last week, I returned to Japan after a sudden and unexpected fortnight in the UK. It was my first trip back there in about two years (the longest period of time off the island so far), and involved trekking across quite a large amount of the country. I was in London about three times, in Brighton twice, Shoreham too, plus North Yorkshire and the Welsh Valleys. A very British odyssey, it turned out to be too.

I managed to catch up with many people there, friends and family alike, which was the best part of it all. It was quite a strange trip though, as it reminded me once again what I loved about the place and why I left in the first place. Coming to Britain from Japan can be quite a surprise as much about Britain simply doesn't work as well as Japan. The trains trundled, slowed down and sometimes stopped completely, as they always did. Traipsing around London with a suitcase was a drag as escalators seem to be in short supply on the Underground (I felt for the mothers with pushchairs or the people in wheelchairs who have to do it evey day). The pavements are not as smooth to walk or wheel something on as the asphalt sidewalks here are. I was reminded of Britain's 'can't do' culture, which can cancel out some of the nostalgia felt for the place. I won't even get started on trying to make a telephone call and reaching an automated limbo land or a callcentre in Bangalore.

Nevertheless, there is no green quite like that of the pleasant land of the English countryside - a place that can veer between the most beautiful and bleakest of places to be even within the space of a day.

There was the strange dual feeling of fitting in and not fitting in at the same time. As usual, time doesn't really permit me going on into too great a detail about the whole trip here, so instead I'll let a few images from the journey do the talking instead. The following series of pictures are amongst those that will be added to the 'Images Of Britain' album over on my Image Gallery - when I get the chance to do so. 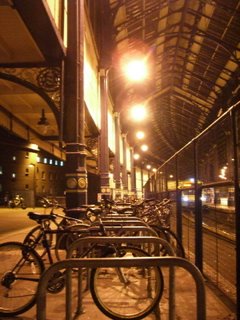 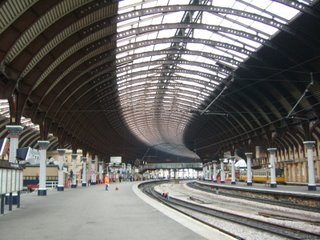 York Station, on the way up North 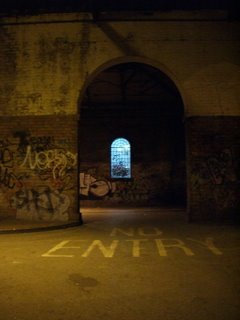 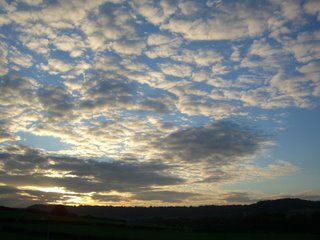 Cloudscape at dusk over the North Yorkshire Moors 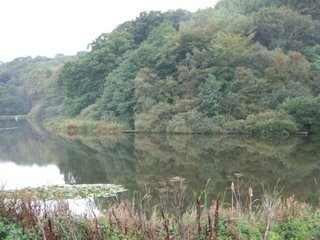 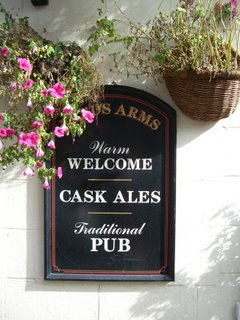 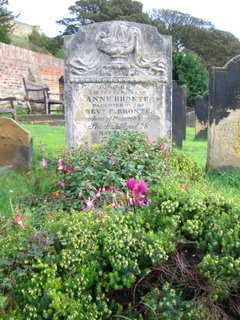 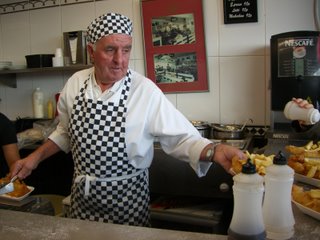 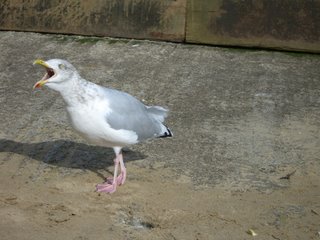 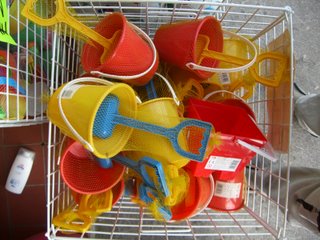 Buckets and spades, for beach fun 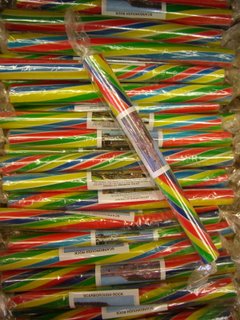 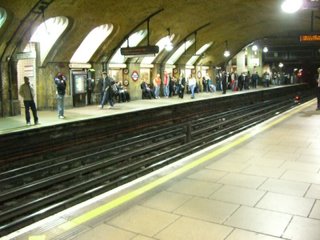 Back in London, at Baker Street Tube Station 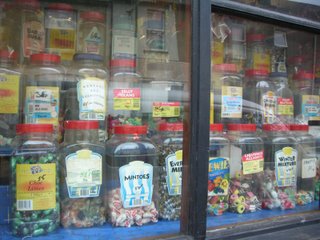 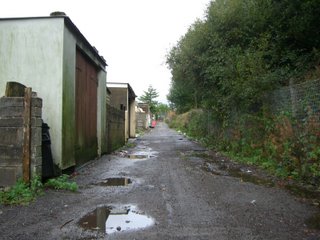 Back alley in a Welsh valley 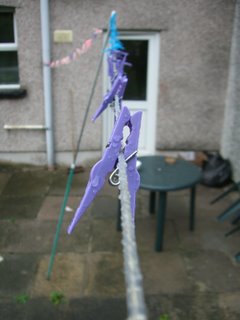 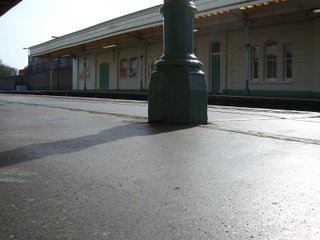 Shadows across the platfom of Hove Station 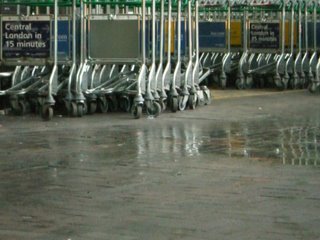 Pissing rain at Heathrow, prior to departure