'Iran has never manifested itself as a serious threat to the national security of the United States...'

Thus begins an article by former UN weapons inspector Scott Ritter. In the midst of the threat of the Bush Administration heading towards YET ANOTHER WAR (and one that would undoubtedly be even more disastrous for the world than the Afghan and Iraq misadventures), there are some sane and very knowledgeable voices setting the case against such actions.

Ritter's piece sets out very clearly why Iran poses no threat to the US and contains some very useful background information on the country itself. It should be required reading for anyone that thinks an attack on Iran is necessary.

The article can be read here.
Posted by Globalism at 6:37 pm No comments:

The first new recording by Control K in two years is finally released, a remix of a Ryuichi Sakamoto song. Constructed over a six month period, 'Rokkasella (New Clear Mix)' is my first venture into remixing. 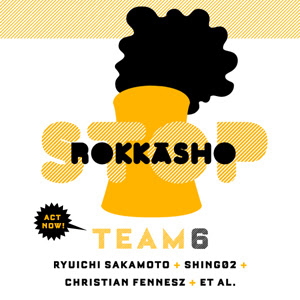 Following in the spirit of 'electronic protest music' that inspired the debut Control K album release 'The Front Line (Redux)', this remix builds on the ambient dub vibe that ran through that album. It also draws clear parallels between the atomic bombings of Hiroshima and Nagasaki and the use of nuclear power, and weaves a narrative of US energy imperialism into the tale.

The reprocessing process releases large quantities of radioactivity into the environment. Extracted plutonium can be used in nuclear weapons and reprocessing entails clear environmental, social and safety risks.

An English language petition relating to the reactivating of the Kashiwazaki-Kariwa Nuclear Plant that was damaged in the Niigata earthquake of 2007 can be found here.

Posted by Globalism at 7:08 pm No comments: